Fly Fishing In Myanmar: What We Understand & Know So Far... Channa striata is a solitary, territorial fish. Some populations migrate between permanent waters and flooded areas created by seasonal rains. These fish are capable of limited movement overland by the use of a wriggling motion.The striped snakehead can breath air from the surface of the water, and so is able to survive in waters that have low levels of oxygen. Channa striata is a predacious, ambush feeding fish that has a carnivorous - specifically piscivorous - diet. It is a generalist species that preys on any available source of food that is attainable.

Channa striata occurs mainly in shallow freshwater habitats, typically at depths of 1-2 m, rarely below 10 meters. This species can be found in most types of slow-moving freshwater habitat, including rivers, lakes, ponds, canals, creeks, flooded rice paddies, irrigation reservoirs, and swamps. Compared to most freshwater fish it is quite tolerant of turbid conditions and low oxygen levels. In regions with rainy and dry seasons, these fish may migrate out from permanent lakes and streams into flooded areas during the rainy season, and then return to permanent waters as the flooded areas dry.

Where We Caught Striped Snakehead In Myanmar So Far... 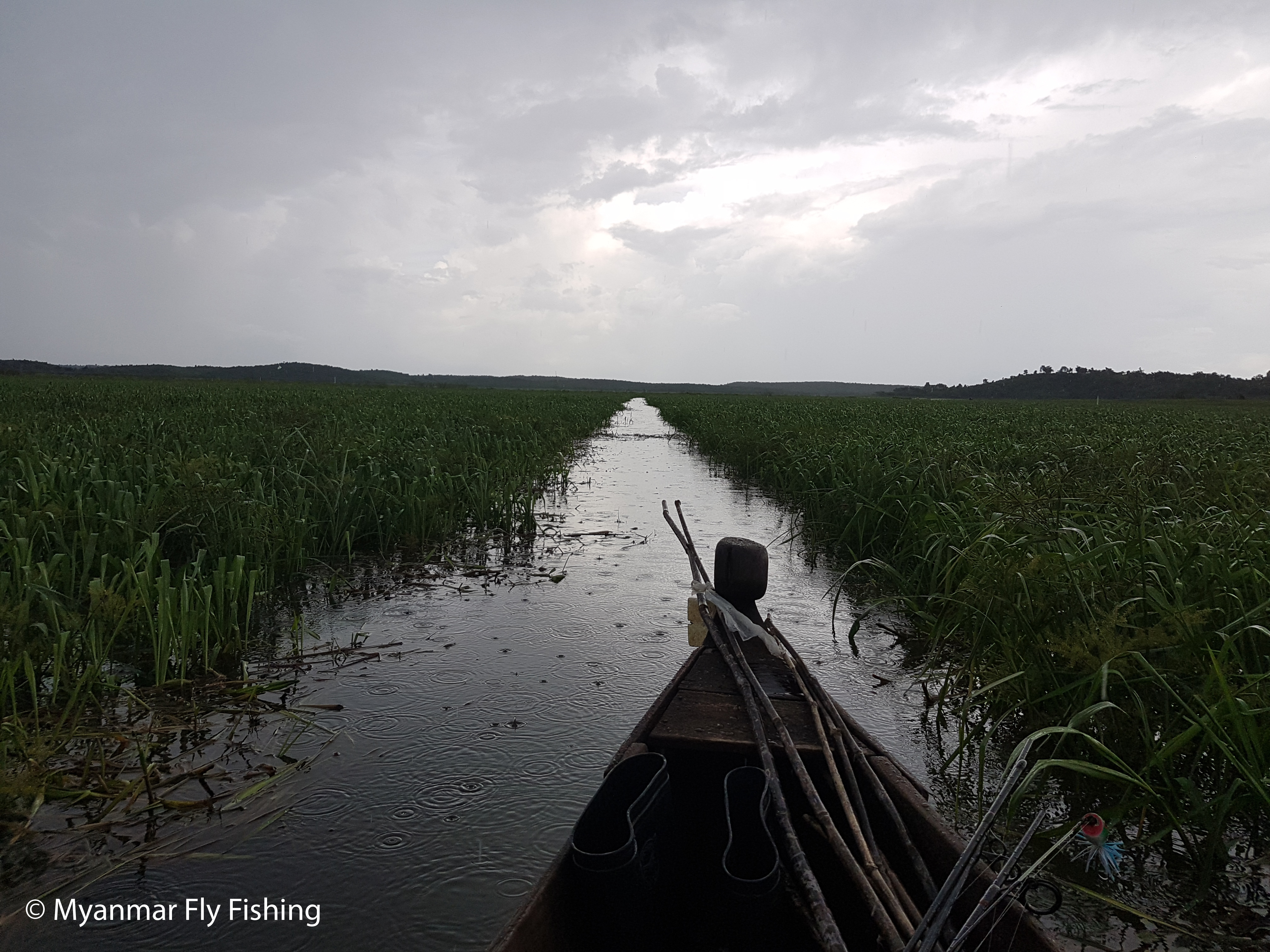 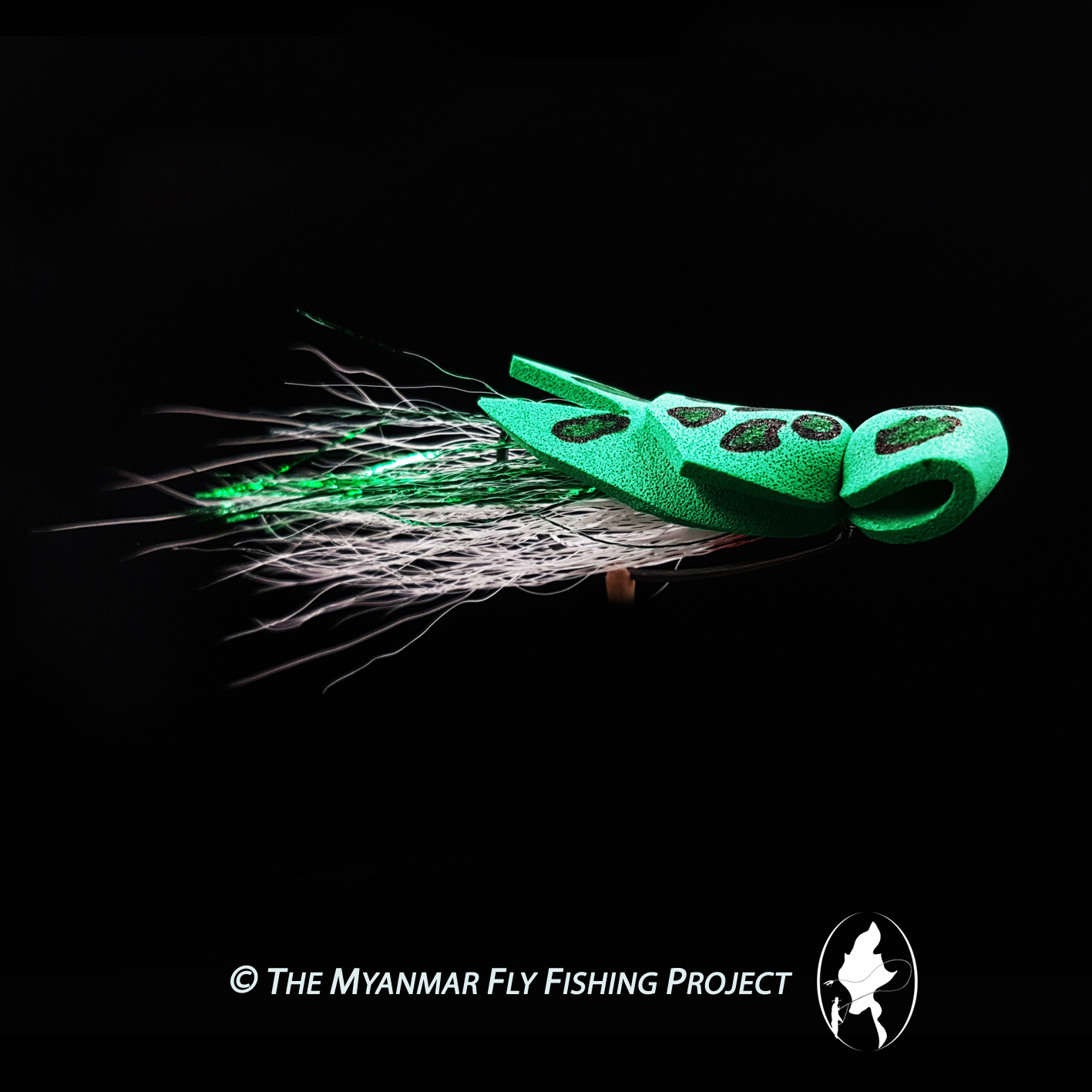 Fly Fishing For Striped Snakehead In Myanmar: What We Understand & Know So Far...

The striped snakehead appears to be very common and present in almost any body of water, even small ponds and flooded terrains. Their appetite can be quite voracious and a big popper does not scare-off even small individuals. Usually, the take happens fairly quickly after the fly hits the surface; if not, short pulls to pop the fly, with 5 to 10 seconds between pulls does the trick. Faster retrieve also works, but the miss rates increases, although missing a fly does not put them off at all; they can usually chase and miss the fly several times before being scared-off.

As an ambush predator hunting in early and late daylight hours, it is also best sought after early and late in the day, in proximity to underwater obstacles and vegetation. Weedless flies (popper, sliders, streamers) work well. As they are not of the shy type, they will usually show a sign of their presence during the first retrieval. A couple of casts on the same spot is usually enough to attract their attention if a fish is arround Both males and females are highly territorial and will vigorously defend nesting sites and young; thus seeking for schools of young snakeheads (they can show signs on the surface like simering water) will yield violent attacks. Be careful though, they will bite when they are handled... 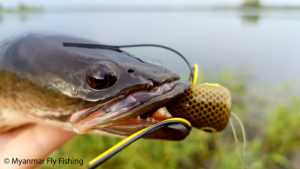 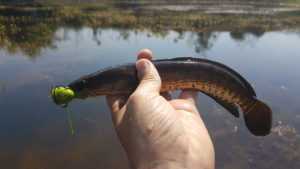 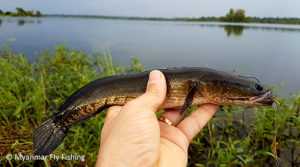 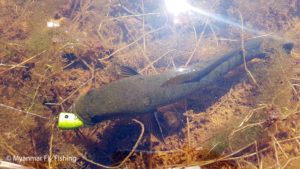