Coloration of the mangrove red snapper ranges from burnt orange, to copper, to bronze and dark reddish-brown, depending on its age and environment. Younger fish caught in estuarine areas are often darker than older fish taken from offshore reef areas, and exhibit lighter vertical bands down their flanks.

Like other tropical snappers (family Lutjanidae), Mangrove Jacks have prominent canine teeth in their jaws that are used for seizing and holding prey. These teeth can cause a nasty injury to unwary fishers.

In reef areas, mangrove red snappers are sometimes confused with two-spot red snapper or red bass (Lutjanus bohar), a known carrier of ciguatera toxin. The red bass, however, is usually darker in coloration, has fewer dorsal-fin spines, scale rows on the back that rise obliquely from the lateral line, and a deep groove from the nostrils to the eyes.

As its name implies, the mangrove red snapper is commonly found in mangrove-lined estuarine systems, although is known to migrate to offshore reefs to spawn. As they mature, mangrove red snappers move into open waters, sometimes hundreds of kilometers from the coast to breed. These larger fish are sometimes caught by bottom-fishers with heavy tackle, though they still remain difficult to land due to their speed and proximity to sharp reef bottoms.

Where We Caught Red Snapper In Myanmar So Far... 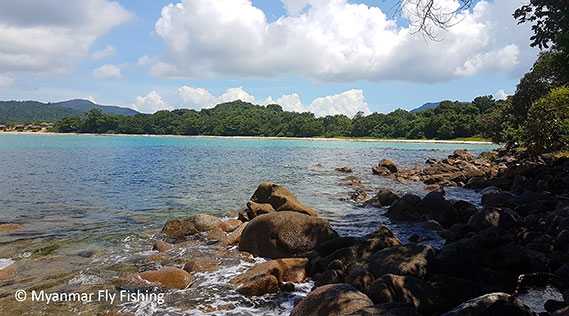 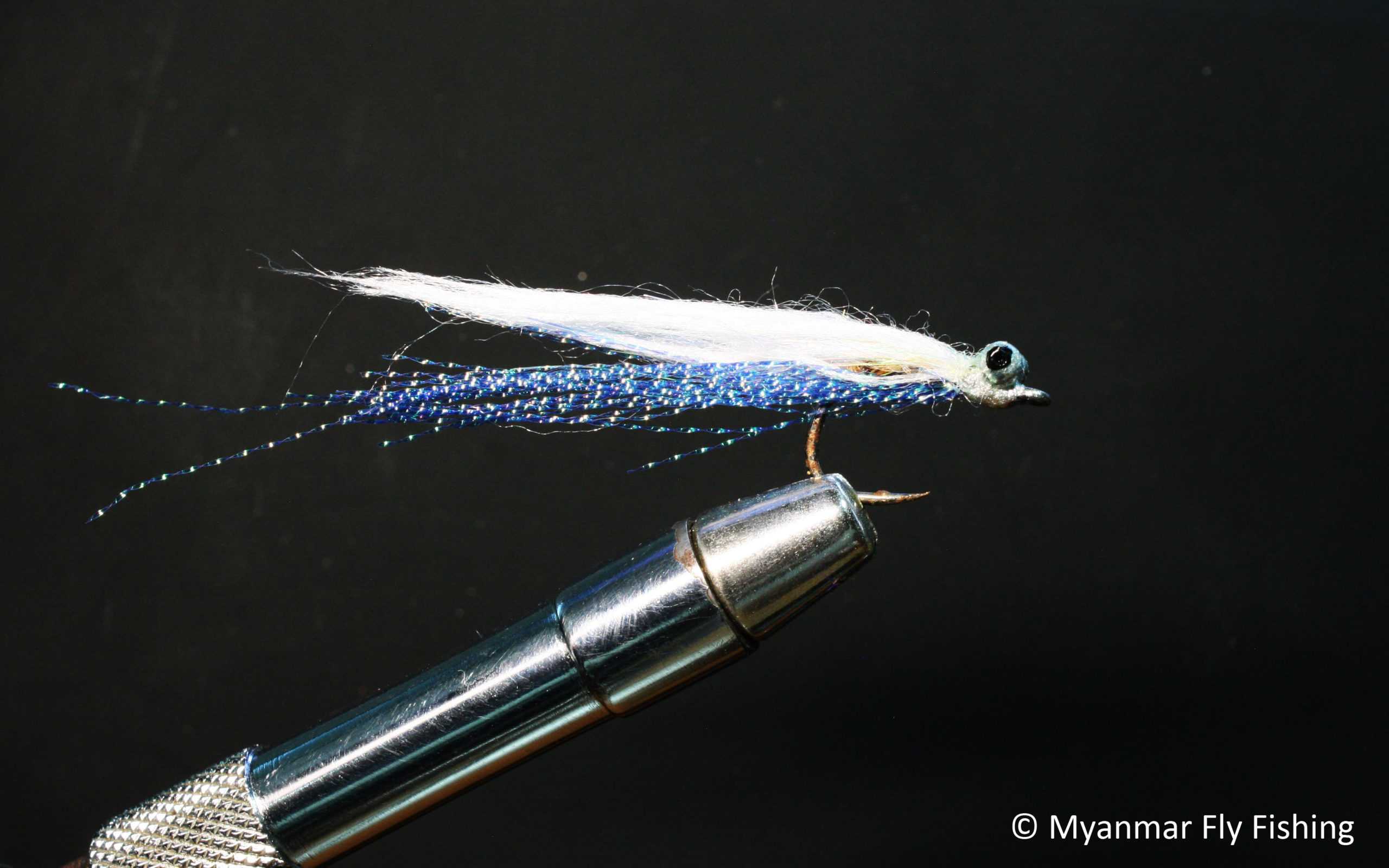 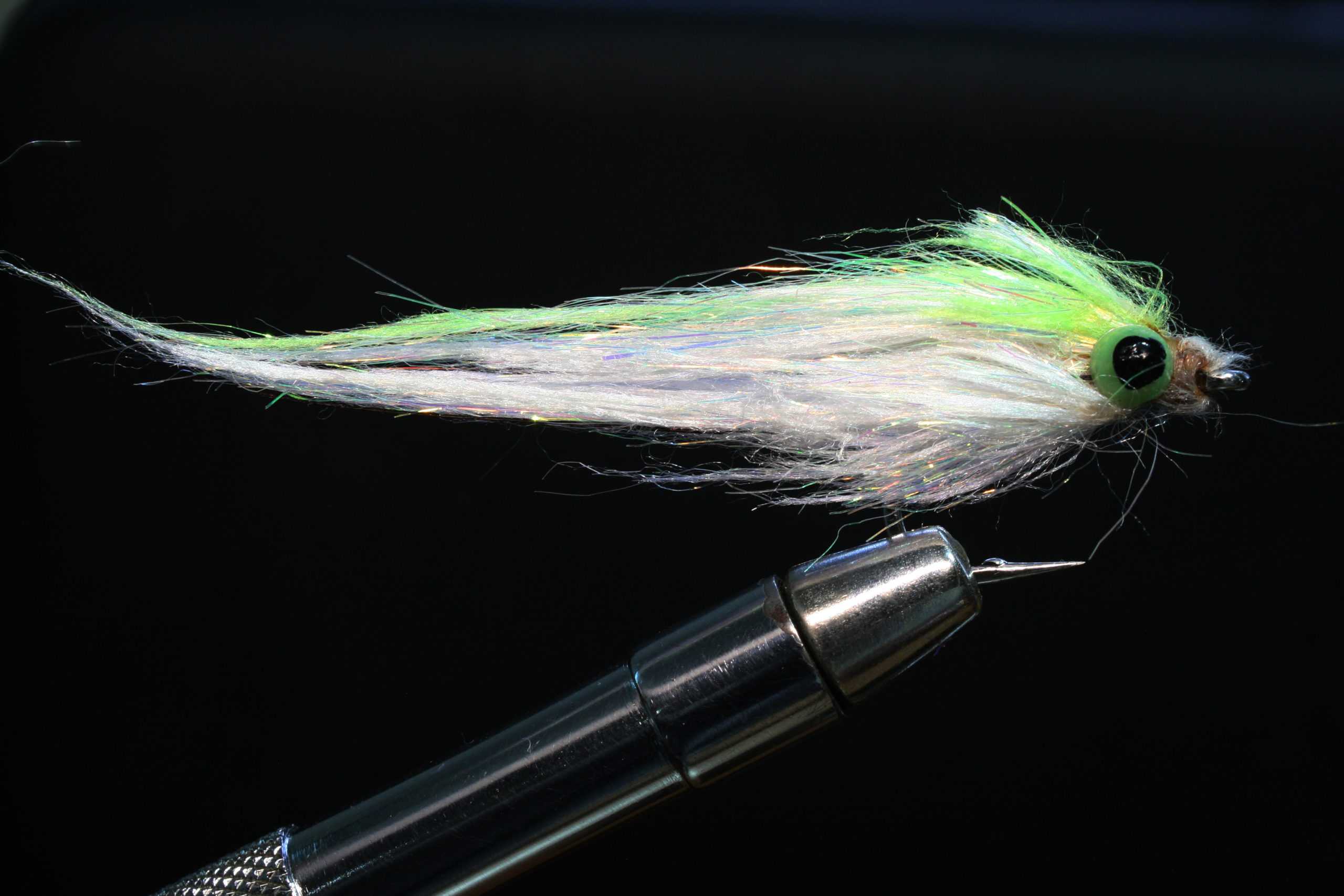 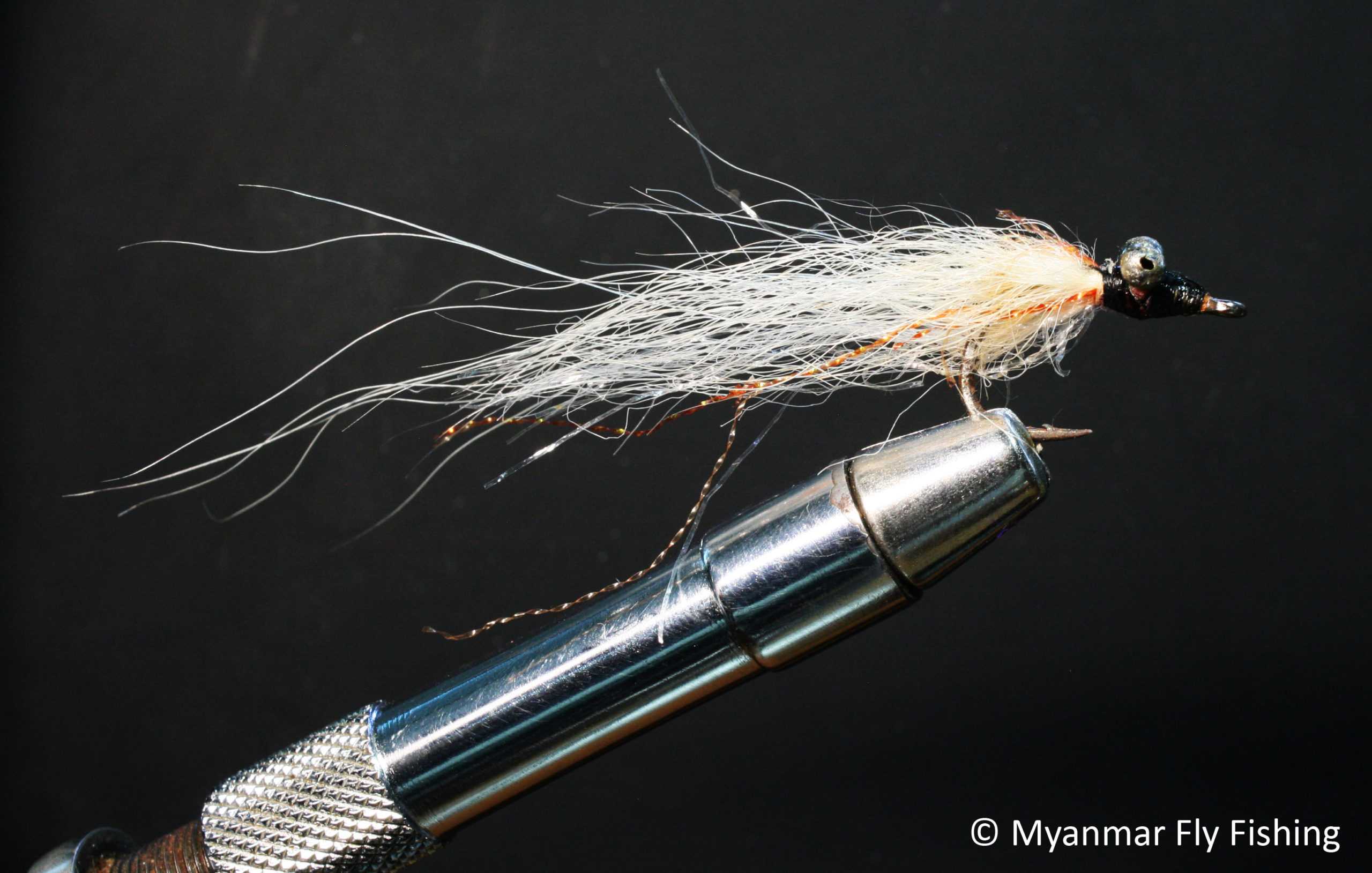 Fly Fishing For Red Snapper In Myanmar: What We Understand & Know So Far...

We have caught specimen up to 2 kg / 50 cm from rocky shores in fairly shalow areas (less than 3 meters); they seem to hide in small caves under the rocks, waiting for a prey to pass by. The strike is quite strong as they pull to go back to their hiding place.

Fishing for red snapper is quite entertaining: one must choose shallow rocky shores and fish around every rock; missing the fly once does not scare them and they can easily attack a second time. 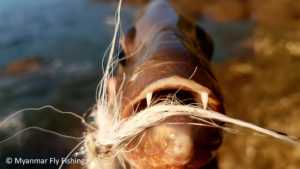 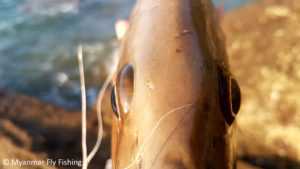 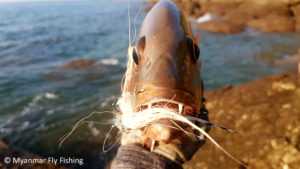 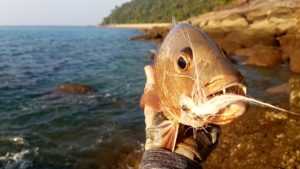 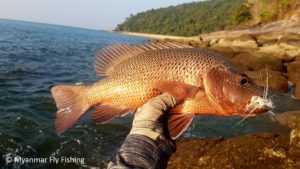 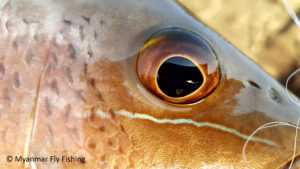 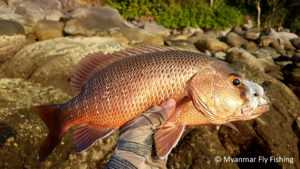 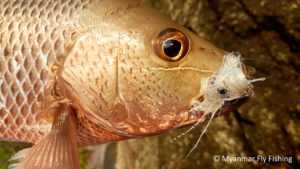 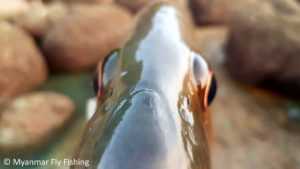 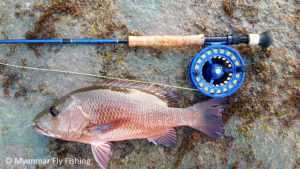 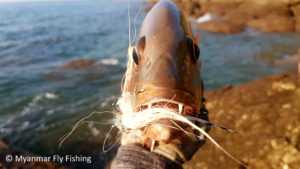 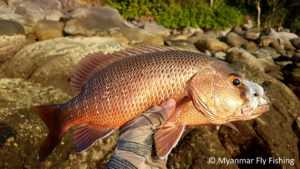 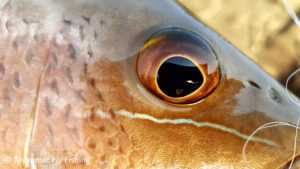 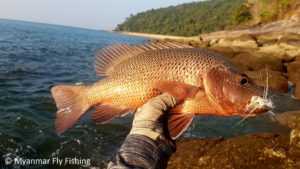 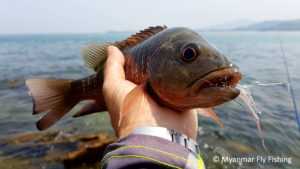 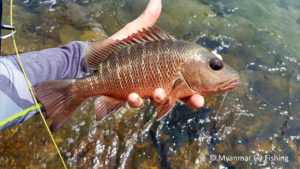